Why You Should Choose to Use Solar Power

Life on earth is fueled by the light and heat from the sun. Approximately, 3850 Zettajoules (ZJ) per year is the total amount of solar energy available to the earth. The suns energy travels to the earth by way of electromagnetic radiation like radio waves but the frequency range is different. Some of this energy is absorbed as it comes thru the atmosphere. Heat and light are the primary forms of solar energy.
Solar energy has many advantages over conventional energy. The energy from the sun is free the only expense is from recovering the energy. The cost of recovering the suns energy is recovered faster than with conventional energy. The recovering units don’t have to be connected to natural gas or power grids, they stand alone. The supply of solar energy is limitless. It has no emission gases to harm the earth’s atmosphere.

There are several ways to recover solar energy:

Focusing collectors: This has a movable mirror, known as heliostats, is pointed to the sun and can provide a temperature around 4000 degrees C. This degree temperature is used for a solar furnace in industries and research. These solar furnaces don’t contaminate our environment. The heliostats can focus the energy to a boiler that turns water into steam. To generate solar electricity, focusing collectors can be used.

Flat plate collectors: These collectors can be used in schools and homes to provide heat using water that is heated in pipes. They cannot provide as much heat as the focusing collectors because they are smaller.
Solar distillation: Solar distillation is about the same as flat plate collectors but provides distilled water instead of heat. Sea water is put in tanks or ditches on the roof of a house and the heat from the sun heats and evaporates the water and turns the water vapor into liquid water that is distilled.

Solar electricity: By using focusing collectors and Photovoltaic cells, made of thin pieces of semiconductors, convert radiation from the sun into electricity.

Solar energy would not be affected by the supply and demand of fuel for it is free and it doesn’t polute the atmosphere. It is natural and pure. It would provide us with better health.

There are several ways that we can work together in order to get the best of natural and renewable resources. Using solar power is not only helpful but it is inspiring to others. The expenses to using the solar energy are less than the cost of using other resources for heat, including electricity and gas. When you use electricity and gas you may have a low cost up front but in the end you end up paying for it from now on. With solar power you may have an initial investment to turning your home into solar power but after that you have no reason to pay for it any further, unless you use electric or gas for a back up heating source. Solar power was available yesterday, it’s available today and hopefully it will be available for us in the future. 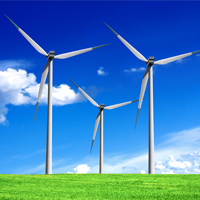 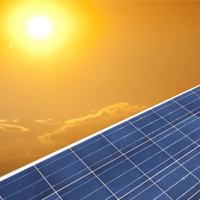 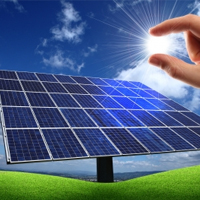